More Than 350 Million! What Kind of Game is Fortnite?

Not long ago, Epic games Fortnite quietly announced that the number of players had exceeded 350 million, surpassing PUBG in terms of users. I was very interested in Fortnite when I first contacted it. After … 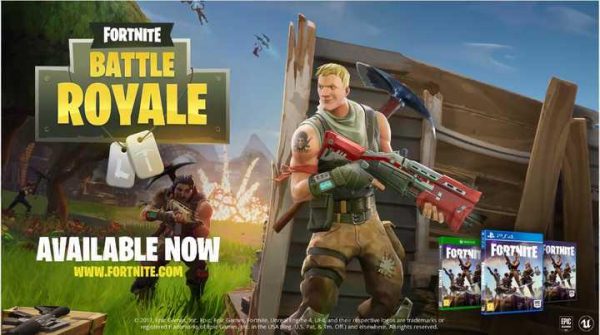 Not long ago, Epic games Fortnite quietly announced that the number of players had exceeded 350 million, surpassing PUBG in terms of users. I was very interested in Fortnite when I first contacted it. After all, cooperative building and fighting zombies is a game type that excites me inexplicably. A few months later, “Fortnite” announced the addition of a “Battle Royale” mode. At that time, “PUBG” was in full swing, so I subjectively thought that “Fortnite” may be a cartoon version of “PUBG.” That thought dissipated until I played with it myself for a few hours.

If PUBG is a realistic military-themed game, then “Fortress Night” is a shooting game in the style of American comics. The game’s art style is a thick cartoon with bright colors, comic-style buildings, and characters, and there is no blood. The terrifying battle screen always has a fresh and natural feeling when playing. Many people will ask me when they first see it, are you playing a mobile game?

It is precise because of this all-age setting that it has become a reality for 9-year-old boys to play Fortnite. A dad on Reddit uploaded a video of his kids getting excited after the first solo win in Fortnite. People have to sigh, and the kids are amazing these days.

Why are your kids so awesome!

Another reason why kids can get started right away is that the game operation is greatly simplified. Compared with PUBG, complicated firearm accessories and backpacks are discarded. In the game, you only have five equipment positions for bandaged firearms and grenades:

In addition, since it is a comic style, the recoil will be avoided! Look at the recoilless plug-in of PUBG next door and worry about the account being blocked. In “Fortress Night,” we have no recoil by default! There are also those strange creeping, probes, driving vehicles, and so on, all deleted, not one left! Ah, the air feels so good after deleting it. . .

However, weapon levels have been added to the game mechanism, with five colors of white, green, blue, purple, and orange, corresponding to the low to high weapons. This element makes the game more fun to brush equipment in RPG games, knock down the enemy, and grab the orange equipment in his hand. It really felt a bit like a no-man’s land back then.

PUBG has high requirements for machine hardware. Even though the official version has been greatly optimized and improved, the realistic game scene-setting is destined to be complex terrain, light, and shadow effects, and simulation of real scenes is inevitable. It requires a lot of computing resources, so the popularity of PUBG has caused countless desktop assembly merchants to close their mouths.

However, the configuration requirements of “Fortress Night” are much lower, and even an old computer from a few years ago can run smoothly. On the one hand, the game has good optimization, on the other hand. . . Cartoon-style games are much easier to render than real-life games, and game developers should all have this experience.

The reduction of hardware requirements has also lowered the threshold for participation in the game, and it is reasonable for the number of players to be huge.

Build Elements, Minecraft? I Will Build It!

Sometimes, the extreme simplification of the game’s operational difficulty is not a good thing. After all, most players don’t want to really play a brainless shooting game. If the game is not difficult, where does the gamer’s sense of achievement come from, especially for Some hardcore players. The way “Fortnite” increases the depth of the game is to add the building system, which is the essence of the entire game. At the beginning, everyone carries a hammer, you can destroy all objects in the game to obtain building materials. When you encounter an enemy, you can quickly build a bunker. If you want to make a surprise attack, you can build a shortcut to bring justice to the sky. For an airdrop, first build a wall to enclose it and slowly open the box. To save people, build a bunker first. Or you can also have a performance art, such as the following one:

It can be said that if you want to be proficient in “Fortress Night”, you must master the flexible use of construction elements, and whether you can use construction skills proficiently has also become a symbol of dividing the level of the game. Therefore, the seemingly simple operation combined with the in-depth construction system has also attracted many core FPS players. Famous PUBG streamers, such as Grimmmz, a big V with 700,000 followers on twitch, after PUBG got tired of playing , have been playing Fortnite for most of the recent livestream.

But then again, every time I watch myself digging into the wall with a hammer, I feel like I’m playing “Minecraft.”

The Essential Difference Between “Fortnite” and PUBG

The essential difference is that the game core of Fortnite is joy. The joy of PUBG is because of bugs, and the airborne mode of Fortnite, from the overall art style of the game to the design of in-game props, is just for fun.

Otherwise, why do you think a shooting game has such magical existences as dance steps, dance floors, grenades, and guessing gestures. “Fortress Night” announced that we are serious about creating joy from the very beginning.

You are wrong if you think of “Fortnite” as a cartoon version of PUBG or a just-gun battle royale version of CF. You underestimate this game. In PUBG, everything is “Winner winner, chicken dinner!” entertainment is just an alternative.

In Fortnite, chicken dinner is just a small goal for our players, and we still have a hundred ways to have fun.

The relationship between PUBG and “Fortress Night” is somewhat similar to dota2 and Honor of Kings. Although PUBG has unpredictable random factors, its competitive intensity is similar to dota. The game threshold seems low, but it is actually still high. At first glance, Fortnite, with cartoon style, simple operation, and children’s characteristics, can play, which has many similarities with “Honor of Kings.”

However, a single spark can start a prairie fire, the game’s free attractiveness, good optimization, and extremely low hardware and operating thresholds make this sincere game loved by more and more players. It has a good reputation from word of mouth. This weekend, if you have time, find some friends to form a team and try this free game!

How to get fortnite on iPhone without App Store？

Download Fortnite iOS from the link below or search Fortnite in Panda Helper, find the latest version.

Notice: If the Panda Helper free version is not available, you need to purchase VIP version first.

0 thoughts on “More Than 350 Million! What Kind of Game is Fortnite?”