FIFA is Leaving EA Although unexpectedly, FIFA is leaving EA, implying that FIFA video games will soon disappear. In May, EA announced that it was about to terminate its almost 30 years partnership with the … 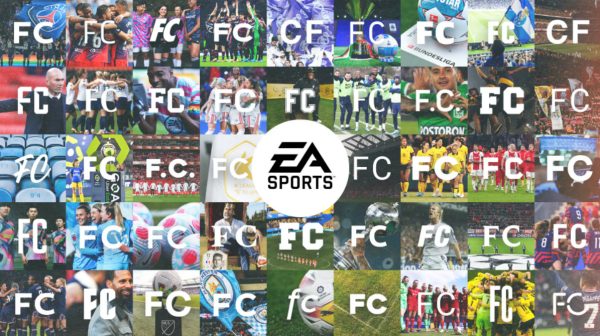 Although unexpectedly, FIFA is leaving EA, implying that FIFA video games will soon disappear. In May, EA announced that it was about to terminate its almost 30 years partnership with the world’s leading football association, FIFA. FIFA 23 would ultimately become the last title of EA’s Fifa. After that, EA will rename the football game EA Sports FC.

Certainly, PES and FIFA are the top two football series to be played by many football enthusiasts each year. These series have not only been dominated by emotions but also the most addictive football series. However, despite their enormous popularity, they have been renamed and re-branded to other names, irritating the most enthusiastic players.

After a short while, the eponymous football association FIFA announced that the FIFA game would immediately make a partnership with a well-known third party to commence a new legitimate sequel to FIFA. Gianni Infantino, FIFA President, said: “I can assure you that the only authentic, real game with the FIFA name will be the best one available for gamers and football fans. The FIFA name is the only global, original title. FIFA 23, FIFA 24, FIFA 25, and FIFA 26, and so on – the constant is the FIFA name, and it will remain forever and remain THE BEST.” 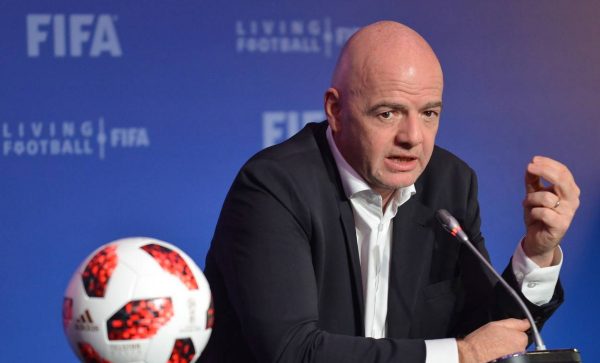 When slowly fading the peak of the announcement and the sweet memories of football, many people started worrying about the future of the FIFA video game. At first, people were curious about the FIFA game’s new name. Since the FIFA game was originally called “EA Soccer,” there was a suggestion to rename it to ProEASoccer, which is PES. Some have suggested that Konami work with FIFA to rename PES as FIFA.

Football association FIFA’s announcement also sparked speculation about its next partner. The most likely candidate is 2K Inc., a significant player in sports games. 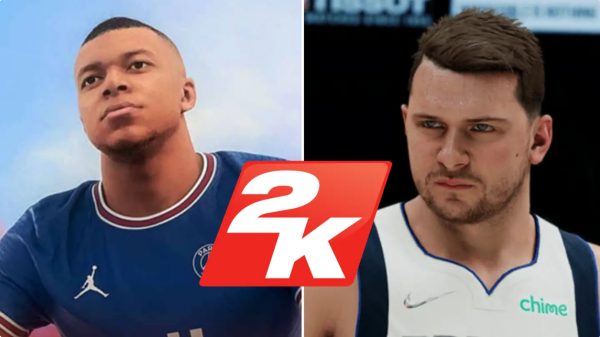 But there’s something strange about this change. It’s been 30 years since the FIFA series began. Why are EA and FIFA on the road to breaking up?

First of all, what does a FIFA name do for EA? There are two parts: FIFA’s name and the licensing of several international competitions, including the World Cup and FIFA Club World Cup.

So what’s the price of these licenses? That’s an average of $150m a year, and FIFA has increased that to $1 billion over a four-year World Cup cycle.

For EA, FIFA’s Intellectual Property value is insufficient to justify the high cost. After all, the World Cup comes around every four years, but EA needs to pay more than $100 million every year. As early as last year, EA’s CEO said that in non-World Cup years, ALL EA got from FIFA was only four letters on the packaging of their game.

In addition, the FIFA licensing restrictions made it impossible to add new gameplay to the game. EA, for example, tried to introduce a new model in the game other than 11-player battles but failed to do so because FIFA said it was “not authorized.” FIFA has blocked several sponsorship deals, and for EA, the FIFA name has gone from a reputation to a liability.

In the late 1990s, EA made efforts to avail Madden Football, a big game already popular in the US. Immediately EA realized the vast potential in sports games and hence decided to invest in sports games to widen its market share overseas. At the moment, American Football had very little influence outside the United States, so EA decided to develop the football game, the world’s NO.1 sport.

In their efforts to have the game accepted in the European markets with an intense football atmosphere, the EA Europe led the project and outsourced the game to a team from Canada and UK. But amazingly, when it came to naming the game, EA’s North American headquarters named the game “EA soccer” based on American customs. Europeans never call Football Soccer, so this version is doomed to have no good results.

Later, EA’s European branch approached FIFA and just wanted to use FIFA’s name to make a big reputation for the game. At that time, FIFA wasn’t as powerful as it is now and had little idea of the value of licensing. In early 1993, EA entered into the deal with FIFA just for a small fraction of the price, branding the game as FIFA International Soccer. 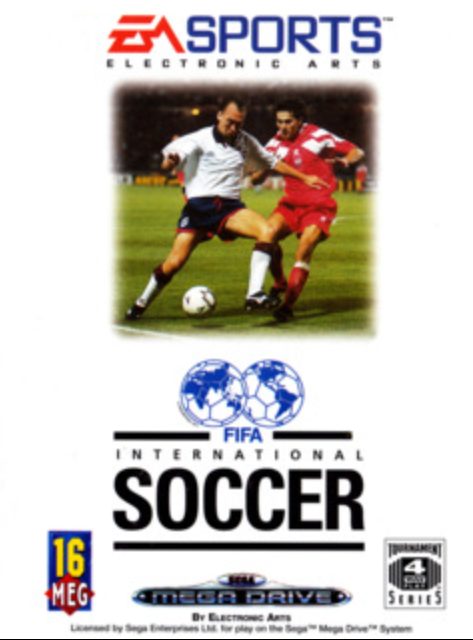 The game was a big success, selling almost half a million copies. Besides the game’s quality being good, the FIFA name also significantly impacted the game due to the franchise. EA was very excellent understanding of the significance of sports licensing.

However, EA only has a license of the FIFA name. It has no copyrights for players and leagues. This meant that teams and players had to use pseudonyms, and game players would find some strange group and player names.

EA just began to buy licenses from different federations and leagues at the time of the licensing was not as valuable as it is today. EA just signed a deal at a meager price. As a result, FIFA96 was the first FIFA game to include all real players. The following sales were so successful based on EA’s strategy. 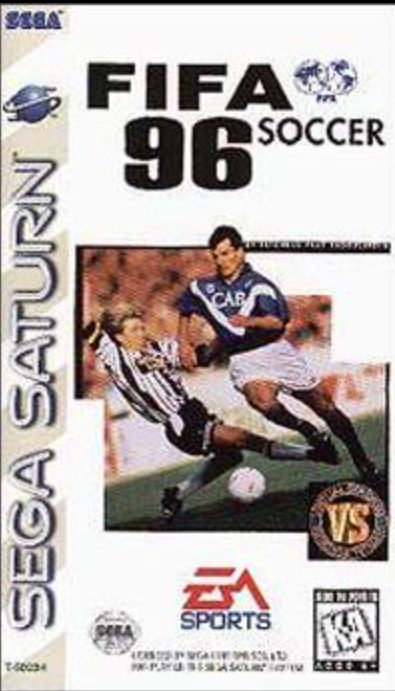 The game’s influence was growing at a very high rate. When people see the word FIFA, they don’t think of the eponymous football association FIFA. They think of the FIFA game. Indeed, many players still argue over who should be recognized for the game’s star cover.

EA’s operation gave it a great starting point in the football games and, at the moment, made the football league and its teams understand how valuable Intellectual Property is. Therefore FIFA just kept on increasing the licensing fees such that the licensing just became unbearable. Everyone has to get authorization from the various entities, from big leagues, national teams, jerseys, minor stadiums, and even the shoes on the player’s feet. The FIFA and PES copyright wars attract most people’s attention each year.

This accumulation of so much licensing finally resulted in the Matthew effect in which only the licensed games will sell more and hence make more money to buy licenses. Indeed, the strong get stronger while the weak get weaker.  Initially, the PES was able to make a more realistic playing style and technical accumulation, but as the game just became less and less playable, it was ultimately suppressed. The skyrocketing licensing fees have shown the appetite of copyright owners. EA’s ended its cooperation with FIFA.

No other type of game needs to pay such high prices for data, icons, or names, but that is the life of sports games. PES can’t compete with FIFA because of the lack of licenses. It had to replace real team and player names with pseudonyms.

To people who don’t play games, it is only the name that changes and doesn’t affect the game experience. But to sports game players, using their favorite team and football players is the most fun for them to play the game. That’s why sports games sell tens of millions of copies every year.

What is the Future of FIFA and EA?

The closed working relationships are almost being broken up, and it seems that EA has wholly lost FIFA as the most popular brand. Still, the separation is also an opportunity for EA and its football game series.

Even though EA lost the FIFA’s name and license of the big international leagues (including Club World Cup and World Cup), it has so many separate agreements with many individual leagues, stadium players, and Champions, which won’t be affected by the separation. The FIFA series already hit the rock a few years ago. EA is being criticized for simply updating their data and the slightest tweaks for each generation.

With the name change, EA could save a lot of money, get rid of the less helpful FIFA license, and increase the game’s awareness of the recent games. One benefit of this is that EA sports FC will undoubtedly see more and more radical change from the begging.

Besides, FIFA names are already established in big games for almost three decades, which means FIFA is easy to find new third parties to partner with.

Indeed, let’s agree that it’s very okay for games to give EA’s technical prowess and experience as the future EA’s Sports FC title. It has higher chances of remaining stable in gameplay than the new FIFA if it happens. And the dispute between FIFA and PES will eventually become a memory.

Best Upcoming PS5 Games 2022: 14 of The Most Anticipated Games