Charlie in Underworld! will launch on June 30, 2022. Why is the game so famous before its launch?  Will it get the same critical acclaim as its predecessor? Perhaps we can take a hint from its predecessor, Underworld Office.

How About Underworld Office

Underworld Office tells the story of a young teen named Eugene who accidentally crosses the border between the world and the next. When ghost Boss saves his life and demands payment in return, Eugene begins to work under a strange group of ghosts called Underworld Office.

The game launched in October 2020 with a tiny installation package of just over 200M. The game is well received by players, mainly in the following three aspects:

The Players Empathizes With the Protagonist.

The game begins by telling you what kind of person Eugene is: an extremely insecure teenager with social phobia. The story starts with Eugene waking up from a nightmare. He puts on a hoodie and round-frame glasses and tightens his hat a little in detail to make him feel more secure. He listens silently to the conversations of passers-by on the subway and then spends the day at school in silence. 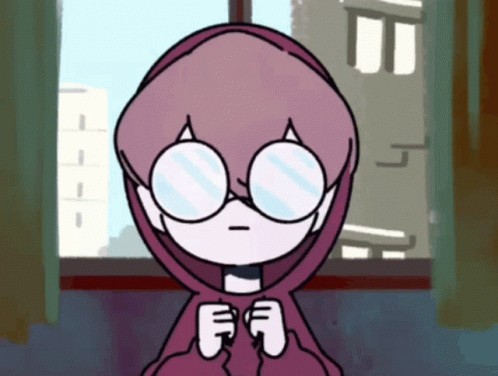 There are not many complicated descriptions in just a few minutes of animation, but many people see a lot of themselves in Eugene. From getting up in the morning to going home at night, it is difficult to speak to a stranger except for necessary communication. They are all sitting in the subway silently, doing their own business silently, and afraid to communicate with others.

The Players Empathizes With the Story.

Eugene’s first job after entering the Underworld Office was to help Luke out of trouble. From the story, we know that Luke didn’t notice that his Kitty was sick in time, and it was too late to be treated when he sent Kitty to the pet hospital. Luke blamed Kitty’s death on himself; he regarded the cat’s scratching at the door in his sleep as Kitty’s revenge. Later, with The encouragement of Eugene and the support of Hayden’s superpowers, Luke knows that the dead Kitty did not hate him at all but remembered Luke’s love for him. Many people have the experience of losing a pet, and this story in the game may bring comfort to these people.

In the game, Eugene encounters many people and things (not only the loss of a pet and the campus bullying). Helping others is also a process of change for Eugene, who gradually becomes optimistic and loves the world.

The Players Empathizes With the Ending.

As the story progresses, the player can make different choices for Eugene, and the ending will be completely different. There are seven different endings, including the ordinary ending where Eugene says goodbye to Underworld Office and walks out of a nightmare. There’s also the impressive ending where Boss waits to meet Eugene again.

Overall, Underworld Office is highly immersive, allowing the player to follow Eugene’s perspective a lot, and the end player gains a positive psychological change, as well as accumulating a sense of identity with the story, which leads to higher expectations for the sequel.

How About Charlie in Underworld!

It’s not only the old players of Underworld Office who are looking forward to the sequel. There are more reasons why Charlie is in Underworld! is expected by players.

For example, some players use Eugene as a prototype to make animation memes. Some fans extend the plot based on the game’s setting, resetting the characters such as Eugene, River, and Boss, and writing and directing a story of the characters when they grow up.

The news that “Charlie in Underworld!” has been exposed shows that the production team has made a bolder attempt. They designed the villain of the previous game, Charlie, as the protagonist. This freshness further stimulates players’ interest.

In the sequel, familiar characters such as River, Hayden, and Boss will all come on the stage. The story depicts an entirely different world. The identity of Charlie, the protagonist of the new game, was originally Ghost, which was sealed by Joan, an older woman in the Underworld Office, and later released. The sequel’s premise is that Charlie finally decides to act as Eugene’s assistant, as a ghost, to keep Eugene safe, regain his memory and retrieve the seized scissors weapon.

If you’ve played Underworld Office, you don’t need to pay for it. Underworld Office gets advertising revenue by allowing players to click on ads. Shortly after the game’s launch, in order not to affect players’ experience, the authorities even took the initiative to remove the ads in chapter 2 and apologized to players.

The original content of the game, a sincere operation strategy, let Charlie in Underworld! has more possibilities. Veteran players will wonder what the world looks like to Charlie as a ghost. What’s Charlie’s secret? For those who haven’t played the previous one, players may be curious about both games for these reasons. But you’ll have to wait until Ghost Agency 2: Charley goes live. All reviews are pending the release of Charlie in Underworld!

In the whole game market, there will always be some boutique mini-games that succeed with a particular aspect, such as Monument Valley, Rusty Lake series, and so on.

For the Underworld Office series, the way the story engages the player to play the game appeals to the player. “Eugene” is a social phobia, and with the development of the game and appear pets died, the campus bullying plot reflected the actual phenomena. But what is different from reality is that there will be no regrets in the game, which may be why so many players have continued to play Underworld Office since its launch.

Now Charlie in Underworld! is on the way. While continuing the story background of the previous work, the production team has added certain suspense to the game. Will the dark evil spirit Charlie be a good spirit? This design not only increases the gameplay but also promotes the story at a deeper level, giving the game itself more anticipation.

Of course, only time will tell if Charlie in Underworld! can repeat the success of its predecessor.

What is Candy Crush Saga Hack?

Asphalt 8 vs. Asphalt 9: Which is Better?