Rusty Lake and the Cube Escape series are a series of surrealistic room escape games. They form a complete and grotesque story. The Eilander family, in search of immortality, sacrificed their people.  The memories of … 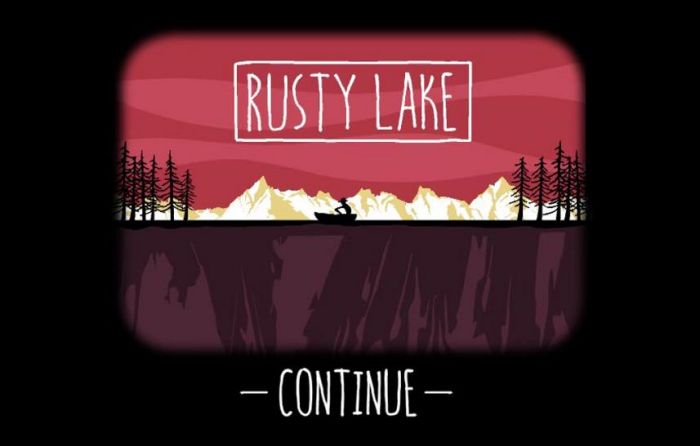 Rusty Lake and the Cube Escape series are a series of surrealistic room escape games. They form a complete and grotesque story. The Eilander family, in search of immortality, sacrificed their people.  The memories of the sacrificed people turn into ten black memory squares scattered across the island, bringing disaster to the Eilander family. Each game in the series can be played individually, but when all the games are played in sequence, the backstory can be pieced into a compelling story.

What are the Games in the Rusty Lake and Cube Escape Series?

Find the correct way of solving various mysterious puzzles in a room you’ll find yourself in. Critically analyze the clues and unite the various items you come across. Your escape from the cube room is only possible once you find the right solution. Have much more fun with all the 15 Escape the Room games by Rusty Lake Studio. Rusty Lake: is an excellent mobile game that you’ll find more enjoyable on small screens, so I recommend you use your mobile device to play it. Structured and designed in riddles, the touch and go through all the game series. These games have a great atmosphere that is immersive at times, very creepy and sinister. For instance, Rusty Lake: Roots is an amazing follow-up game besides Rusty Lake Hotel, a grimmer, grander, and more gruesome series than ever.

The Rusty Lake games have carved out a niche as one of the most favorite point-and-click series of the current gaming era. I recommend you pick at least three surreal horror series for the first time, e.g., Cube Escape: Arles, Rusty Lake: Hotel, and Cube Escape: Birthday, to experience their amazing gameplay. It’s more of a Donnie Darko of the dark world. Enjoy!

Although the series features an original and engaging game-making, the puzzles are difficult to leave a player scratching their head for a while, although finally, you come to an end. The game’s atmosphere is fully immersive and often very creepy and sinister.

The game animations and graphical style remain very basic though high quality. The first time I played this game, the amazing graphics hooked me up, leading me to play most of these game series. Easily the best graphic for a point-and-click adventure type of game series. The magnificent and mysterious graphics featuring the best traditions of Twin Peaks and David Lynch

To create an amazing gaming atmosphere, all the Rusty Lake game series feature a piece of cool background music that plays while the game-play.

From Cube Escape to Cube Escape Seasons, the Mill, Rusty Lake, uses royalty-free music composed and produced by Kevin MacLeod. Therefore, I highly recommend you put on your headphones and adjust the volume to enjoy every bit of Kevin MacLeod’s music in the background while you play your favorite game. Remember, these curious sounds in the game synchronize with the objective of each game to give you a relaxed gaming mood. However, be careful of the sudden scary sound effects in the game. (This GAME FORCE ME KNOW HOW STRONG MY INTELLIGENCE AND PSYCHOLOGICAL ABILITY are! “I question my ability to be smart”) Note: The Blue Sizzle music features on every game’s menu screen before the Rusty Lake: Hotel. The Radio at Mrs. Pigeon’s room in the Rusty Lake Hotel will play different music tracks.

The bigger part of Rusty Lakes’ terror arises from the game’s unpredictability, with much horror coming from the changing environment. Besides, solving mysterious puzzles in the cube will leave you scared about your next move. For example, Rusty Lake Hotel is relatively short but with a difficult puzzle where your task is to kill the hotel guests in a macabre way. Each room features riddles that give you clues on how you should murder these guests. Act brave, accomplish your mission, and don’t allow great terror to hinder your mission.

Order to Play the Game in (From the Storyline)

Here is the order to play these games.

Cube Escape: Arles was released in 2015 as the third game in the Cube Escape series. The game revolves around the events of 1888 in which you need to control Van Gogh, a famous Dutch painter, while at his house in Arles, a French city. It happens in Van Gogh’s bedroom, capturing many aspects of his art, personal life, his friend’s Cameo, and Paul Gauguin, a fellow painter.

Are you prepared to serve special guests residing in the Rusty Lake Hotel? Your task is to solve the mysteries in the dark and win the puzzle game. Like other games in the series, Rusty Lake: Hotel is also a point-and-click adventure created by Cube Escape.

This is the eighth game in the Cube Escape series. Here, you’ll have to travel back to the 1939 winter season to celebrate your 9th birthday with your family. You’ll find tuned music, cake, and a very mysterious present. However, the celebration mood changes abruptly when a strange guest comes to the party. Will you succeed at preventing tragedies from happening, something that has been haunting your memories for quite some time?

The game was released in April 2015 at the same time as Cube Escape: The Lake. Here, you’ll move through four different periods in time where you’ll be uncovering the mysterious death of a Woman. The Woman is supposedly murdered by an unknown shadowy figure you must unearth. You’ll meet characters here: The Corrupted Soul, Harvey, The Woman, and The Newscaster.

It is the first game in the series of Cube Escape releases at the same time as Cube Escape: Seasons. In this game, you must control the Woman as she moves and explores a Cabin traced in Rusty Lake. The characters here are the Corrupted soul and the Woman. First, ensure to pick up the wire and the fishing rod on the table, pay attention to the table, open the drawer and draw the knife, defocus and focus on the ceiling, pick up the fishing insect and climb down and finally turn until you get the cabinet and the cupboard.

It is the fourth installment series of the Cube Escape series. Here, you play the role of Harvey, the pet parrot trapped in a mysterious cardboard box while he was relocated from the Room to a Cabin back in 1969. Through the help of objects inside the cabin and the Pigeon, you must find your way out to escape the box.

This is a classic point-and-click adventure anthology where you’ll be required to follow the paths of Laura and Dale and other popular Rusty Lake characters like Mr. Owl and Mr. Crow. The series is updated, preserved, and backed up to survive until the end of the Flash Games period.

Here, play as Mr. Crow in 1927 and endeavor to come up with cubes based on the Woman’s memories to help feed into the Rusty Lake.

In this game, you take the responsibility of detective Dale Vandermeer. As you move on the game, you must investigate the unknown causes of the Woman’s death. Make sure you collect evidence and unlock the gateway to Rusty Lake.

It’s time to experience a new beginning and, at the same time, the end of a character’s life; this way, you can have a family tree. Rusty Lake: Roots is also a point-and-click adventure.

Here, you will be controlling Mr. Crow while exploring the mysterious cave. One of your roles is to help him familiarize himself with guests to go deeper into Rusty Lake and gather more evidence. Characters here are Corrupted Souls, Dale Vandermeer, Mr. Owl, The Dog, Mr. Crow, and Woman.

The game happens on a tiny island that Egypt’s ten plagues have cursed. Your task is to solve these deep dark mysteries and review the macabre puzzle adventure. After this, the paradise established upon the special atmosphere formed and great excitement from this series.

Here, you will be controlling Mr. Crow while exploring the mysterious cave. One of your roles is to help him familiarize himself with guests to go deeper into Rusty Lake and gather more evidence. Characters here are Corrupted Souls, Dale Vandermeer, Mr. Owl, The Dog, Mr. Crow, and Woman.

The game happens on a tiny island that Egypt’s ten plagues have cursed. Your task is to solve these deep dark mysteries and review the macabre puzzle adventure. After this, the paradise established upon the special atmosphere formed and great excitement from this series.

This marks the tenth Cube Escape story that involves detective Dale Vandermeer. The detective finds himself holed in two contradicting universes and must find a way of escaping. In this storyline, the detective is faced with a challenging scene in which he must solve those challenging puzzles as part of the strange game orchestrated by a long-time foe to find the way out.

You just enter the White Door and realize that Rusty Lake’s universe is a completely new game featuring a unique style. You need to explore Robert Hills’s dreams and come through in finding his lost memories. Are you ready to survive this strict daily routine and color back Robert’s life?

How to Get Spotify Premium for Free on iOS and APK