Many players are looking for Among Us Hacks version. Among Us! is an online multiplayer social deduction game published by Innersloth. It’s an addictive game you’ll play with your friends all day. Among Us Hacks … 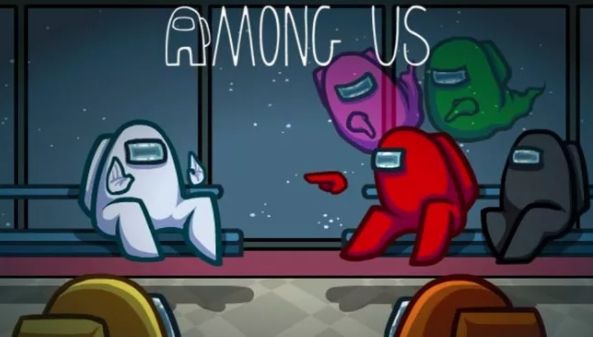 Among Us! takes place space-themed, and players look like colorful armless cartoon astronauts; It has four maps: The “Skelder” spaceship, the skyscraper “MIRA HQ,” the “Polus” planetary station, and the “Airship.” Each player can choose one role: a Crewmate or an Impostor. Crewmates can choose Engineers, Scientists, or Guardian Angels. (New characters added after November 2021)

The game is a multiplayer game for 4-15 players. In the beginning, Crewmates are assigned to complete mini-games or puzzles around the map, such as fixing wires or downloading data, to complete maintenance work on vital systems.

Impostors also get task lists, but they’re fake. They can only pretend to do tasks on the ship. Impostors can sabotage vital systems, close doors to rooms, quickly and secretly pass through venting, and kill Crewmates standing nearby. Each map has various surveillance systems to help the Crewmates identify Impostors. The Crewmates can also confirm their identity with animations played for other players that Impostors cannot fake.

Complete all tasks, or identify and eject all Impostors.

Kill most of the Crewmates, or sabotage a critical system.

Among Us! Win Tips

At the beginning of the game, no one is dead. If you complete a task quickly, it can make you 90% verified, and the taskbar will increase.

After playing the game for a while, don’t go off yourself. Because Impostor is more likely to kill a loner, there are no witnesses to the process.

If other players find you are performing a medbay scan, or throwing trash in the storage area, they will judge you as a Crewmate, reducing the risk of being ejected.

If you see someone doing a task, watch him do it. When he completes the task, but no animation has played, most likely, Impostor is doing fake tasks. You can call an Emergency Meeting to eject him.

Stand and wait at the mission point for a while when other players approach and pretend you’ve completed the task. This will make others less suspicious of you.

You can destroy something to make a trap. If a Crewmate comes and repairs, you can kill him by surprise.

When someone finds you near a dead body, you need to give a reasonable explanation or frame him. If others trust your explanation, your suspicion will be reduced, and you may frame someone successfully.

Defend an innocent crew at the right time; this will help you gain trust. The crew you protect will see you as an ally, and the other crews will consider you as trustworthy and won’t vote you out.

Among Us Hacks Features

Among Us! isn’t just about tasks and Emergency Meetings; it has many cosmetic options, including spacesuit colors, skins, hats, and pets. But in the original version of the game, they are paid downloadable content. In Among Us Hack iOS, they are all free.

The iOS hack features include:

Among Us Mod APK looks more helpful. The mod apk features include:

With these features, you can win in a breeze.

You can download Among Us Hack from the following download button or launch Panda Helper to search for it.

Among Us Hack iOS
Among Us Mod APK

How to Install iOS Apps by Using Panda Helper?