Toca Life World remains on the App Store’s list of Top Free Apps: All Kids, and one of the series of Toca Life: Hospital is fifth on the Top Paid Apps: All Kids. The first … 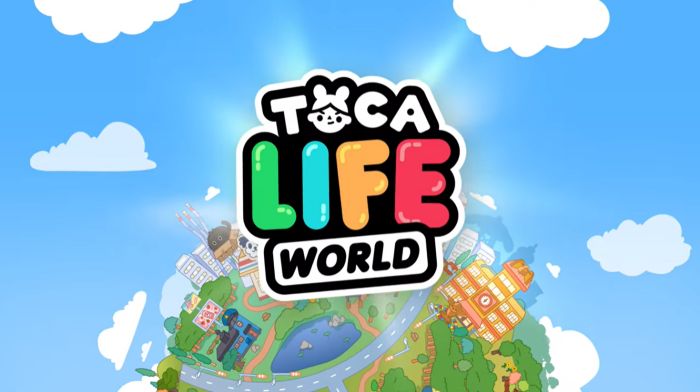 A Series of Simulation Games for Kids

The Toca Life series is a simulated management game combining various elements such as dressing up, building, and developing. At the same time, series games have the same freedom as sandbox games. Toca Life provides a large map around which the player’s actions revolve. For example, the player can build various functional buildings (dessert shop, movie theater, etc.) in the open space of the map, click into these buildings, and drag and drop the scene in different buildings. There is also a huge character system in Toca Life, where players can click on the bottom right corner in different scenes to “summon” various characters and drag them into the current scene. At the same time, players can also make different character appearances according to their wishes DIY.

Overall, Toca Life is a simulation in which players can use their imagination to build a city in a virtual world.

The Needs of Kids

The reason Toca Life is so popular among kids is that the game caters to the needs of kids.

First of all, as a game aimed at kids, Toca Life is very simple to play. The player can only click and drag. But with these two basic actions, the player can do many different things in the same scene. A pizza, for example, can be placed on the floor, in the hands of a character, on the head of a character, eaten by a character, etc. This is also a feature of Toca Life games, with minimal operation achieving high degrees of freedom.

Stack hats on pets and pets on hats

Pets can wear hats, and on top of most hats you can stack a pet … that in turn can wear a hat … and a pet! Pet-hat-stack!

Kids are imaginative, and games with clear rules limit the active mind. The gameplay setting of Toca Life lowers the threshold and is suitable for kids and players with poor acceptance of complex gameplay. The game design of “Toca Life” meets the requirements of kids’ thinking for a fun game: the operation is simpler, and freedom is guaranteed.

Toca Life is not limited to games.

Regarding games, The developer Toca Boca has 40 apps in App Store, and the Toca Life series accounts for a large proportion. In addition to Toca Life: World, there are Toca Life: Neighborhood and Toca Life: Office, etc. In this series, classic images have been used, and both characters and animals are drawn in a very distinct style so that people can think of the Toca Life series of games when they see these cartoon images.

Regarding animation, Toca Baca officially produced a cartoon, with all episodes running over 2 hours. The YouTube video, called “ALL EPISODES | Toca Life Stories,” won 20 million times the number of plays.

Miga town: World is the most successful. This game already has many more scenes in its maps than Toca Life. The map for “Miga Town” itself provides 36 scenarios, far more than the 10 for Toca Life — the rest of the scenarios require payment. In addition, compared with Toca Life, Miga Town has a lot of different scenes, including a prison and a ski resort. Some players think “Miga Town” is better than “Toca Life” in detail. Many people also like to compare the two games, like this YouTube video MIGA WORLD OR TOCA WORLD?

However, even though Miga Town tries to form some differences from “Toca Life,” it does not tell a unique story, so it is not distinctive compared to Toca Life. For example, the appearance of scenes and characters from Miga Town is similar to Toca Life. That’s not good for a latecomer. Therefore, we can see that despite the matrix strategy, the revenue of all the games in Miga Town is not as high as that of one game in Toca Life.

On the other hand, Barbie Dreamhouse Adventures has fewer scenes but is popular with many young girls because of its use of the Barbie doll.

How to Install Apps and IPA Files on iPhone (Using iSigner)

The Best Notetaking Apps in 2022